Educating Kentucky Together
A Presidential Initiative to Build Future Academic Leadership in the Bluegrass Region. 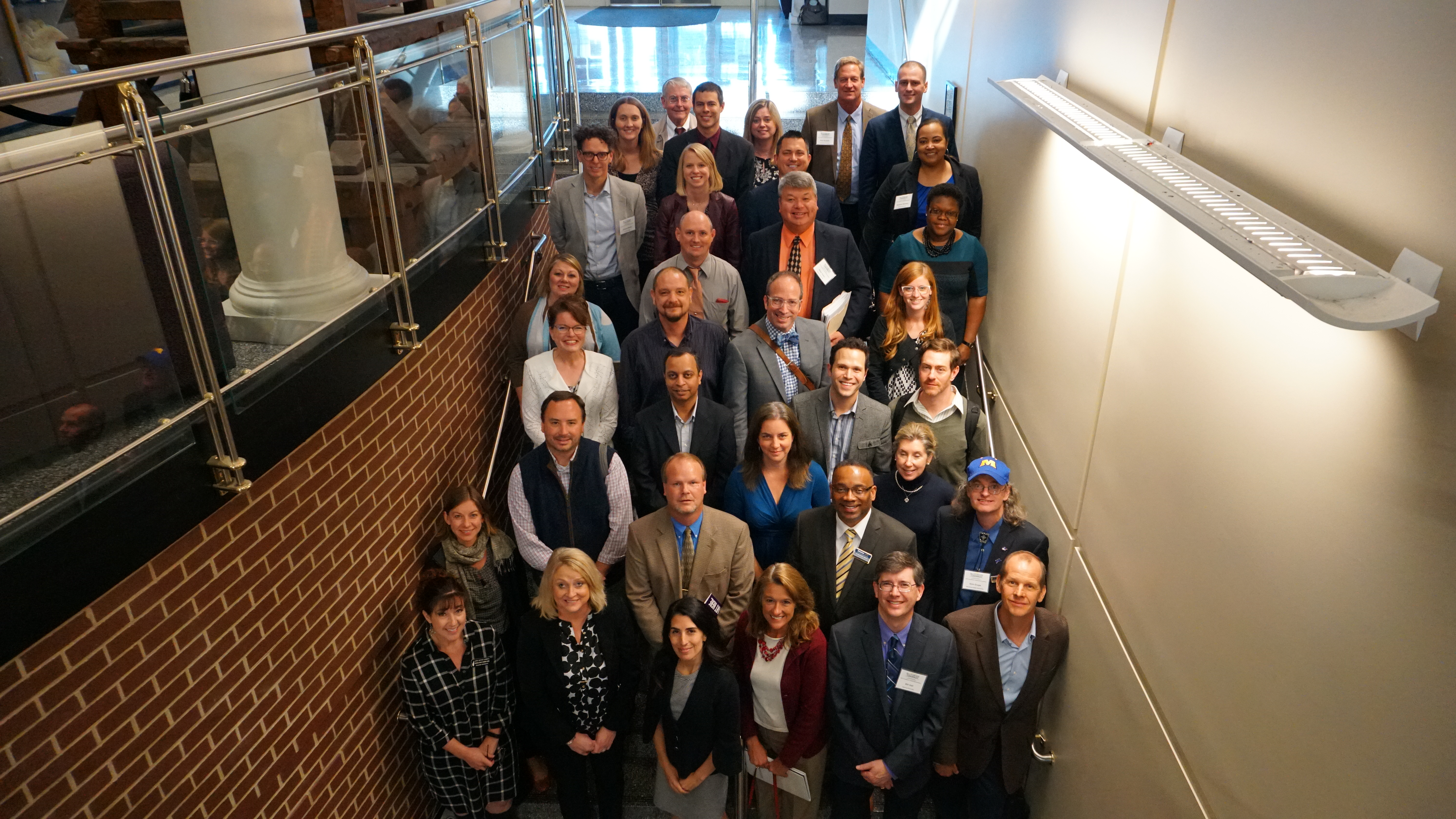 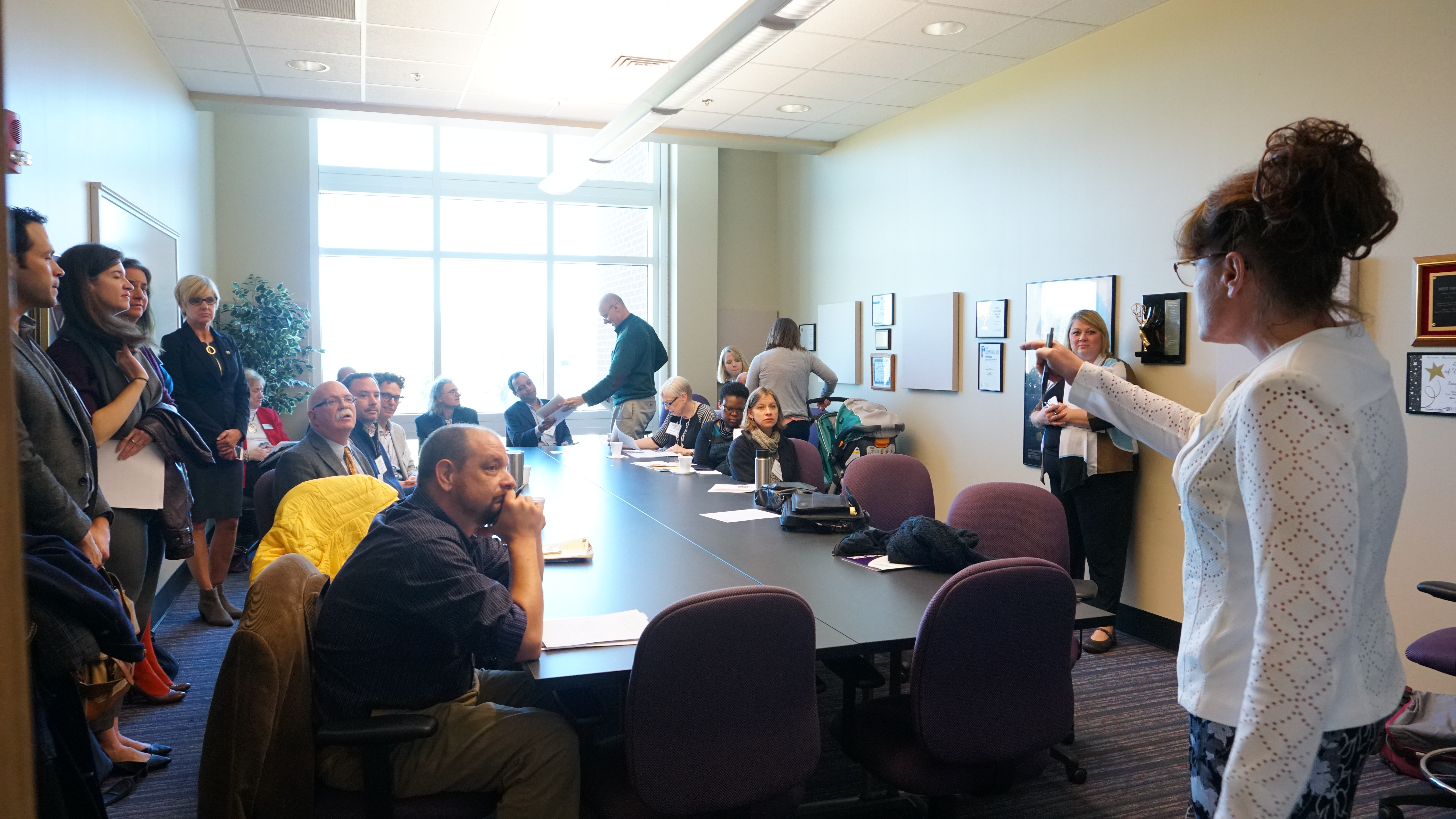 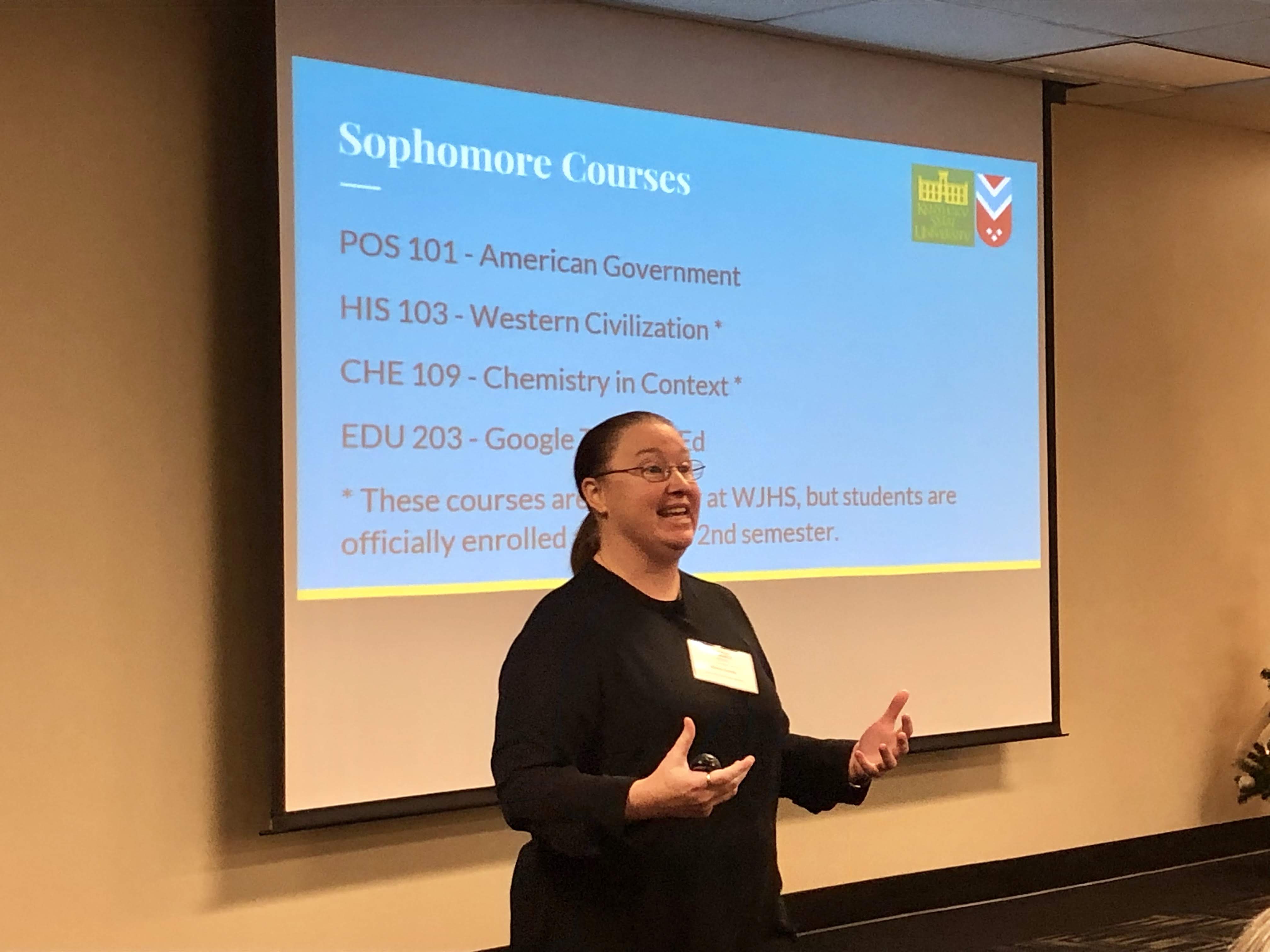 The purpose of the Bluegrass Higher Education Consortium Academic Leadership Academy (ALA) is to encourage younger faculty/staff to consider leadership career paths. ALA provides guidance in developing the skills that are requisites for effective institutional leadership. This ensures a sound and successful future for the participating institutions.

– Analyze theories and styles of leadership

– Build relationships that advance the work of higher education

– Lead in team-building and communication

(all times are EST)

Break Out Brainstorming Discussions on Campus/Research Projects by Campus:

Zoom Protocols & Preparation for both sessions:

With approximately 60 participants in this Zoom Session, there’s just a couple of protocol items.

(All Times Are EST)

A native of Toronto, Canada, Lewis holds a bachelor’s degree in political science from the University of North Carolina at Chapel Hill, where he was a Morehead Scholar and student body president. He earned a Juris Doctor from the University of Toronto. After a career as an attorney and mediator, he moved into higher education as executive assistant to the president and business administration professor at Winthrop University in South Carolina. He became the founding dean of Winthrop’s University College and then the university’s vice president for university development and alumni relations before assuming the presidency at Catawba.

His 20-year career in higher education has been marked by a commitment to the personal development of students and careful stewardship of the institutions he’s served. At Catawba, Lewis oversaw an increase in undergraduate enrollment and improved first-year student retention; led two ambitious and successful fundraising campaigns, while increasing the college’s endowment by 87%; and created new academic and athletic programs and improved the campus infrastructure to support them.

Lewis and his wife, Laura, have invested in their local communities while raising two children. Lewis has served on the boards of the United Way, the Crosby Scholars, the UNC Nutrition Research Institute, and the National Sports Media Association among other organizations. In Toronto and throughout his career, he has also acted in a number of student and community theater productions.

Dr. David T. McFaddin is the 14th President of Eastern Kentucky University. He was selected as the Interim President in December 2019 and was unanimously appointed president by the Board of Regents in August of 2020. Dr. McFaddin becomes the third Eastern graduate to ascend to the presidency, after Dr. Doug Whitlock and Dr. Robert Martin. In his role as Interim President, Dr. McFaddin led the University during a global pandemic. Facing unprecedented challenges, he overcame unexpected budget expenses, implemented a successful plan for a return to on-campus instruction, and established the Eastern Advantage, a plan to address college access and affordability. It is a cause that is the centerpiece of his priorities, and an initiative that will continue as a primary focus throughout his presidency.

Before joining EKU, David held regional and statewide leadership posts with AT&T, a Fortune 10 company and the largest telecommunications provider in the U.S., for nearly 15 years. His tenure there included major legislative, regulatory and strategic initiatives that paved the way for billions of dollars of capital investments in Kentucky.

David is married to the former Melissa Dye and is the father of three children: Isabel, Sophia and Connor.

Panel of Deans/Provosts: Academic Leadership at Our Universities

Dr. Stashia L. Emanuel, Vice Provost of Academic Services and Assistant Professor of Education at Kentucky State University in Frankfort, Kentucky. Her research and academic interest are in the areas of academic and social adjustment of minority students at predominately and traditionally white institutions, organizational leadership at Historically Black Colleges and Universities, first-year initiatives and student retention. Dr. Emanuel received her Bachelor of Arts in Criminal Justice from Stockton University (New Jersey), a Masters of Public Administration from Albany State University (Georgia), and a Doctorate of Education in Educational Leadership from Argosy University (Atlanta).

Dr. Greg Feeney, Provost Bluegrass Community & Technical College is Provost at Bluegrass Community and Technical College. Prior to this, Dr. Feeney served as Vice President of Academics and Workforce Development Academic Dean, Dean of Academic Support, Assistant Dean of History, Languages, and Social Sciences at the College and as a faculty member. He achieved the rank of professor and has been at the College for 21 years. He earned his doctorate, with an emphasis in interpersonal and health communication, at the University of Kentucky. He completed his masters at Northern Illinois University, with an emphasis in communication theory and organizational communication.

Dr. Mark Gill, Dean School of Business, Equine & Sports Management Midway University. Mark Gill serves as the Dean of the School of Business, Equine and Sport Management at Midway University. He oversees a fulltime and part-time faculty of 50 individuals teaching courses in-seat, online and in hybrid formats. During a typical semester the programs in the school offer 100+ course sections serving over 750 students. Mark earned his Ph.D. at Arizona State University in Computer Information Systems. In additional to Midway, he has been a faculty member at the University of Louisville and Asbury University.

Because of this organizational structure change it has allowed for an opportunity for a greater focus on EKU’s science and math programs, giving all the programs opportunities for increased prominence. Because it houses STEM disciplines, the College of Science plays a central role in the university as EKU adapts to the realities of performance-based funding that is on the horizon.

Prior to this appointment, he served as an Associate Dean in the College of Arts and Sciences for 11 years. Other academic leadership positions he has held include services as Assistant Dean of the College of Arts and Sciences, Interim Chair of the Department of Physics and Astronomy, and Coordinator of the Chemistry Graduate Program. Otieno, a professor of Chemistry, began his academic career at Eastern Kentucky University in 1995 as an assistant professor.

Dr. Eli Capilouto became the 12th President of the University of Kentucky July 1, 2011.

Under his leadership, Kentucky’s flagship and land grant research university has re-imagined what’s possible as the state’s most important institution for growth in education, health care and economic and social advances. In less than a decade, UK has grown from $2.7 billion to $4.5 billion in total operations, fueled by sustained and significant momentum in its missions of teaching, research, service and health care.

One example of that growth—and reimagination of what is possible for a public university—has been a more than $2.6 billion transformation of the campus, aimed squarely at expanding UK’s education, research, service and health care missions. Specifically, through partnerships with the private sector, increased philanthropy and effective financial management, UK is self-financing the vast majority of this aggressive development.

Over the last eight years, the University has opened:

This re-imagination and innovation of the campus has resulted in:

The progress on the campus is helping ensure an outstanding workforce for Kentucky, with dramatic increases in the number of science, technology, engineering and math (STEM) degrees. More than 77 percent of all UK graduates stay in Kentucky, with average earnings of more than 25 percent above the national average.

UK is Kentucky’s indispensable economic partner, with dozens of partnerships to provide research expertise to private business owners and internship opportunities for UK students; spending $5.5 billion with Kentucky companies since 2011; owning more than 600 patent assets; and employing more than 13,500 people, who pay more than $100 million in state and local taxes.

A native of Montgomery, Alabama, Dr. Capilouto previously served as provost of the University of Alabama-Birmingham (UAB) and dean of the UAB School of Public Health — a period of remarkable growth and
transformation at one of the leading academic and health sciences institutions in the South. Dr. Capilouto holds several undergraduate and graduate degrees from schools within the University of Alabama system, a Doctor of Medicine in Dentistry (D.M.D.) from UAB and a Doctorate in Health Policy and Management from Harvard University. He and his wife, Dr. Mary Lynne Capilouto (D.M.D.) a former Dean of the UAB School of Dentistry, have one daughter.

Angie Martin, Vice President for Financial Operations and Treasurer for the University of Kentucky. Angie is responsible for the stewardship and accountability of all university assets and financial resources. Prior to arriving at UK in 2002, she was the Vice President for Finance at the Kentucky Council on Postsecondary Education. Angie has a Bachelor’s degree in Accounting from the University of Louisville, a Master of Business Administration from Xavier University, and is a Certified Public Accountant.

Leah Barth Rice is the Vice President of Finance at Midway University. She has been with Midway over seven years and has served in various accounting roles in that time period which has given her a unique perspective on the financial operations of the institution from the ground up. Leah is a graduate of the University of Kentucky with a BA in Anthropology as well as a graduate of Midway University with a BS in Accounting.

Dr. LaVena Wilkin is the Director of PhD programs at Sullivan University. Before joining Sullivan University, she spent twenty-six years in the construction industry, and three of those years she co-owned a commercial and industrial masonry sub-contracting company. After selling the construction company, Dr. Wilkin came to work at Sullivan and has served as the Associate Director of the Evening and Weekend Division, Dean of the College of Business Administration, and Dean of Conflict Management Programs.

A paper she co-wrote on workplace bullying was presented at The Psychology Research Unit of the Athens, Greece Institute for Education and Research. She is also published in the International Journal of Business and Social Science and writes a quarterly column for Business First. Dr. Wilkin is co-editor of a book entitled Organizational Conflicts: Challenges and Solutions. She is the Editor for the Journal of Conflict Management, a scholarly journal that publishes research in many of the multidisciplinary areas of managing conflicts.

ALA Fellows will work with campus liaisons to identify and address an institutional–level project that is of benefit to your institution. Groups should work together to select a project that is relevant, interesting and could be meaningfully addressed during the fall semester. While your campus project work does not have to be completed by October 23rd, it should at least be underway to such an extent that you can present your project to the ALA group on that date. Your campus liaison can help you identify needs that span the institution and mentor your process. The liaison will be valuable in helping groups frame their topic, gain access to resources as necessary, and identify realizable outcomes. If possible, consult with ALA alumni on your campus for their experience and advice. Once you find a project that needs your attention, work together to gather information, identify issues and begin to implement solutions. It is acknowledged that full implementation might not be possible in just a couple months, but you should view this as an opportunity to at least lay the groundwork on which subsequent work will build.

On October 22nd, each group will present their project to the other Fellows. Presentations will be allotted a strict 20 minutes block, ideally separated into 15 minutes for presentation and 5 for questions. Presentations should include: a description of your project, your approach and activities, challenges you discovered/faced, accomplishments to date, etc.For inclusion in the program materials, we ask that you send a 50–100–wordabstract that describes the vision of your project to the ALA Leadership Team.

Please send abstracts to ckakin1@uky.edu no later than September 15th.

2021 ALA Fellows Biographies with Photos 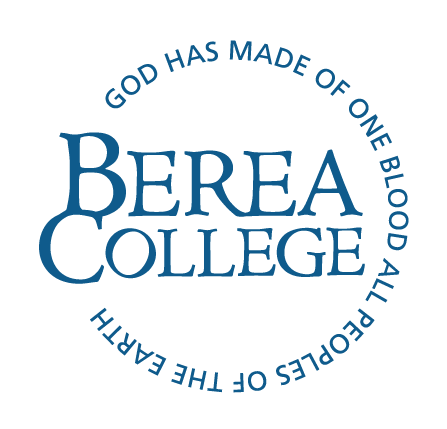 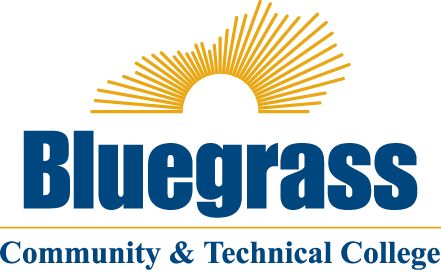 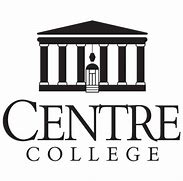 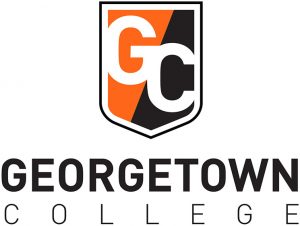 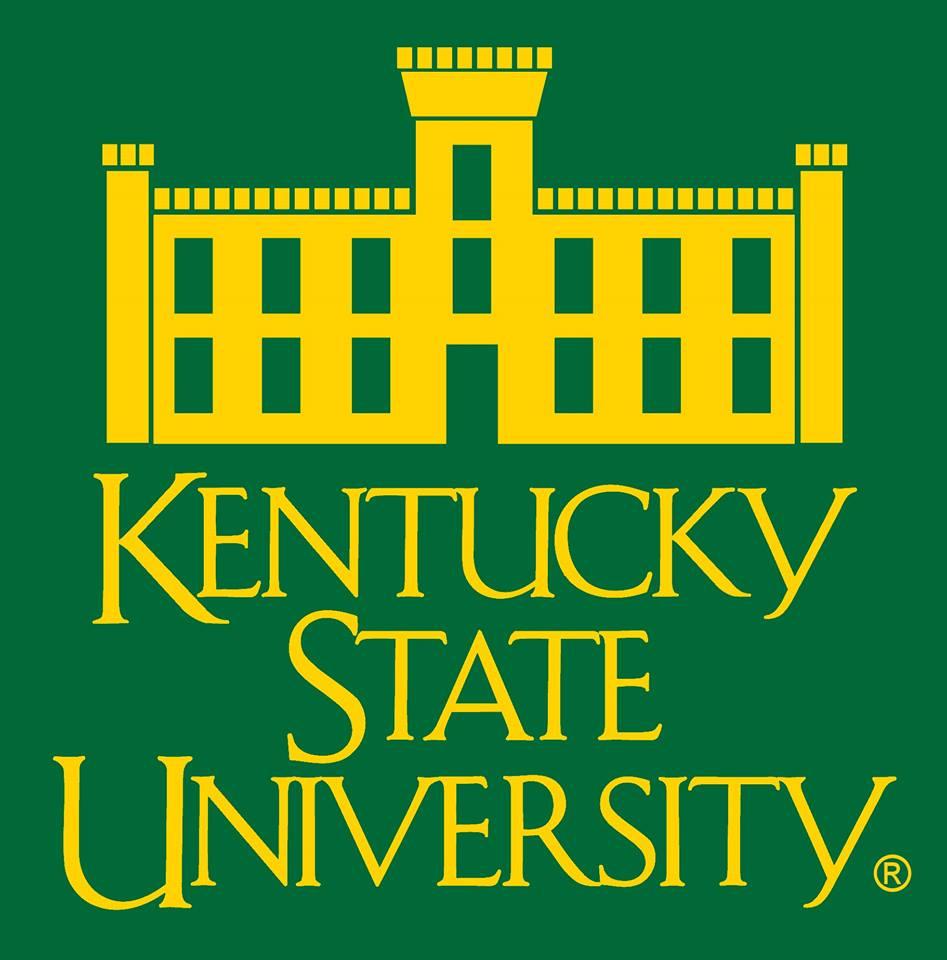 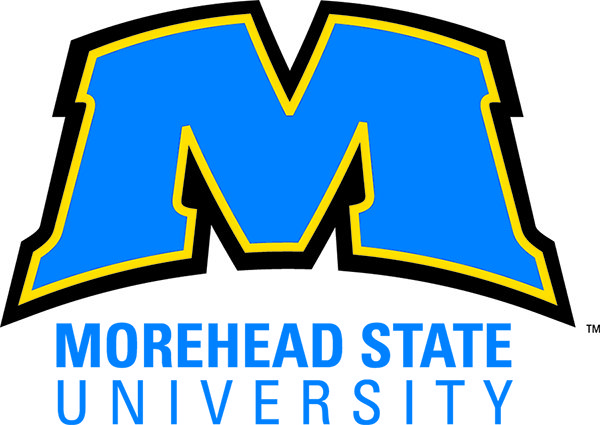 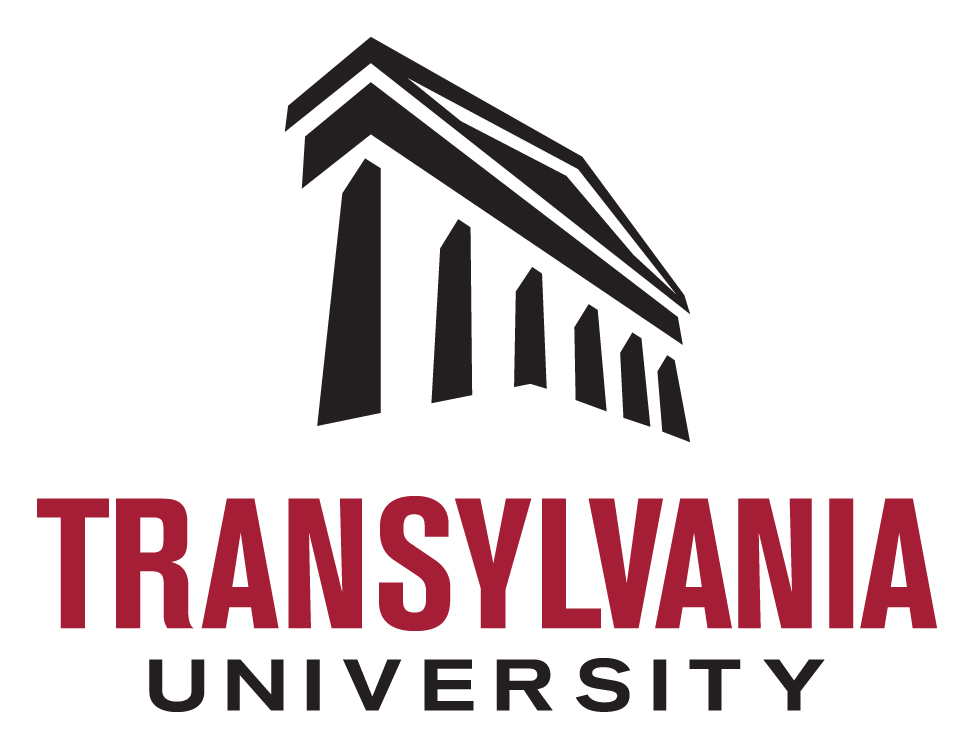